The Farmhouse Antica Sosta in Viterbo offers an excellent starting point for a vacation in Tuscia, and especially in Viterbo.

The Farmhouse Antica Sosta is situated only 5 km from the centre of Viterbo, the famous "City of Popes", known for its medieval origins as well as for the thermal baths of sulphurous water, its tourism based on wine and food, a destination for many tourists from all over the world.

In the immediate vicinity, a few minutes by car, you can reach Lake Bolsena, Vico, Civita di Bagnoregio called the dying city, majestic Palazzo Farnese, the beautiful gardens of Villa Lante at Bagnaia and the sea of Montalto and of Tarquinia. This city is famous for its necropolis and its Etruscan museum.

While vacationing at our farmhouse in Viterbo, is also possible to visit the city of Rome located only 80 km away.
Below you will find some suggested travel itineraries. Please contact us for more information.

The city of Viterbo

The city of Viterbo, capital of the homonymous province, welcomes every year thousands of tourists attracted by the beauty of its historic centre. The numerous medieval buildings, the perfectly preserved walls and towers, fountains and squares of Viterbo allow tourists to breathe in the still captivating atmosphere.

Each year, then, during the evening of September third, the famous "Macchina of Santa Rosa", a tower of more than a hundred feet, is carried on the shoulders of over one hundred porters along the streets of the historic centre, to the amazement and the adoration of the crowd gathered in celebration.

The Neighbourhood of S. Pellegrino

A true jewel of the thirteenth century district, its medieval appearance is almost intact; the squares, streets, towers, arches, houses with characteristic external stairs create a wonderfully picturesque environment, whose charm is hard to ignore.
In the centre of the neighbourhood is the square of S. Pellegrino, with the Church of the Saint and the austere Palazzo degli Alessandri. Fontana Grande, built in the thirteenth century and later restored, is the most popular and perhaps the most beautiful of the many typical fountains in Viterbo stacked like cups (Fontana dei Leoni and Fontana della Morte) (Fountain of the Lions, Fountain of Death).

A monument in Gothic style, one of the most famous in the city, it was built in the second half of the thirteenth century. The façade has a wide staircase at the front and is topped with battlements; there are six lancet windows joined by a frame.
The elegant lodge is composed of seven arches supported by slender intersecting paired columns. The palace was home to several conclaves, including the one in 1271, which is remembered as the longest in the history of the church and which ended with the election of Gregory X after 33 months without a pope.

The water of the Bullicame springs with its 58°C temperature has always been the most popular for its therapeutic qualities.
It consists of various springs, mostly sulfur-sulfate-bicarbonate-alkaline. The swimming pool with thermal water is fed by the spring of Bullicame and covers a surface of ​​2,000 square meters.

Its origins are remote, but the most beautiful and interesting sites were built by Vicino Orsini, who was born here in 1523. He was a romantic man and a brave commander in the service of the Papal State, but when he returned from the war, he had a castle built in the valley below, in a beautiful park, with a series of whimsical and outlandish statues, so much so, that it was later called Parco dei Mostri.
On the death of his wife Giulia Farnese, he had a small temple built in her memory in the park, where, according to his demands, she was to be forever remembered by the local priests during the services.
More info: www.parcodeimostri.com

Those who visit the Tuscia region must stop to admire the sixteenth-century Bagnaia Villa Lante, built just outside the walls of the old town.
You can access Bagnaia di dentro, as the locals called it with explicit reference to the oldest part, by a door-gallery embedded in the walls of the old castle. It overlooks the Pierina Valley and is at the centre of the primitive core housing built on a rocky promontory, to economize on defence work, the so-called Castrum. The first mention of Castrum dates back to 963 AD. At that time the village was called Bangaria (a name most likely of Lombard origin), which later evolved into Balnearia, Bagnaja and finally Bagnaia. Inside the walls, streets and palaces built according to medieval and Renaissance style with a hint of Saracen art still give the area an antique-like look.

In 1567, Tommasso Chinucci, an architect from Siena devised a new plan that definitely impacted the downtown’s way of life, creating the so-called Bagnaia di Fuori. Then and now, its focus was and is Piazza XX Settembre, like the three routes inspired by the trident of Piazza del Popolo in Rome.

Caprarola is located on the southern slopes of the Cimini Mountains, where the view opens onto the great valley of the Tiber. For the beauty of the area, Caprarola was the subject of studies in 1995 by the School of Architecture of Prince Charles of England.
Although the surrounding area is rich in Etruscan settlements, Caprarola’s earliest origins date back to around the tenth century, since in ancient times, the Cimini Mountains were covered with thick and impenetrable forests called Selva Cimina, which were tied to terrifying legends of monsters and evil.
This delayed human settlement and the arrival of the Romans. The Middle Ages were characterised by the strife of the various feudal lords, the Di Vicos, the Orsinis and the Anguillaras. The lords engaged in bloody wars and rivalries.
This reached its peak in the sixteenth century when Farnese, with the appointment of Cardinal Alessandro Farnese to Pope Paul III, and the creation of the Duchy of Castro, greatly expanded their domain.
Pope Paul III had sumptuous villas and castles built. The villa most representative of the level of wealth and power that this noble family reached was built in Caprarola. It was Palazzo Farnese in Caprarola.

Civita di Bagnoregio stands on a hill overlooking the Valley of the Calanchi and is also known as the "dying city" because of the gradual erosion of the hill on the banks of clay that support it. The village is only accessible by foot along a pedestrian bridge in reinforced concrete.
All this led over the centuries to the gradual abandonment by the local population, making Civita di Bagnoregio a village where time seems to stand still, and the atmosphere is surreal.
Arches, alleys, courtyards and small squares are overlooked by medieval and renaissance houses adorned with portals in volcanic tuff, outdoor staircases and double-lancet windows. Scattered here and there are small workshops where the old crafts are paid tribute to.
The view from the cliff east of Civita is a must. From there, you can admire the view of the "Ponticelli", basically clay walls, the last trace of an erosive process that continues today.

Lake Bolsena is another jewel of the province of Viterbo. It is particularly popular in the spring, summer and autumn for its mild climate and the opportunity to enjoy a variety of sports.
Lake Bolsena offers the tourist undeniable attractions, from fishing to water sports in general, walking, cycling or horse riding, or simply relaxing at the sandy beaches.
From late spring through summer, moreover, the villages overlooking Lake Bolsena (Montefiascone, Marta, Capodimonte) take part in numerous festivals based on meat, fish, wine and other local produce, perfect for long dinners with friends that go on until quite late into the night due to the presence of booths, stands and musical entertainment. 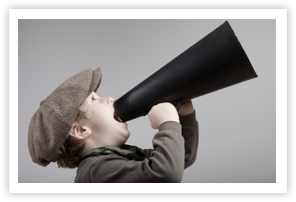 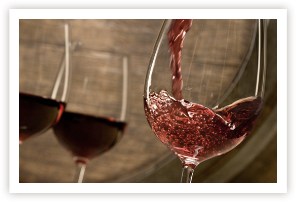 If you have not already signed up, sign up for our newsletter to receive all special offers.